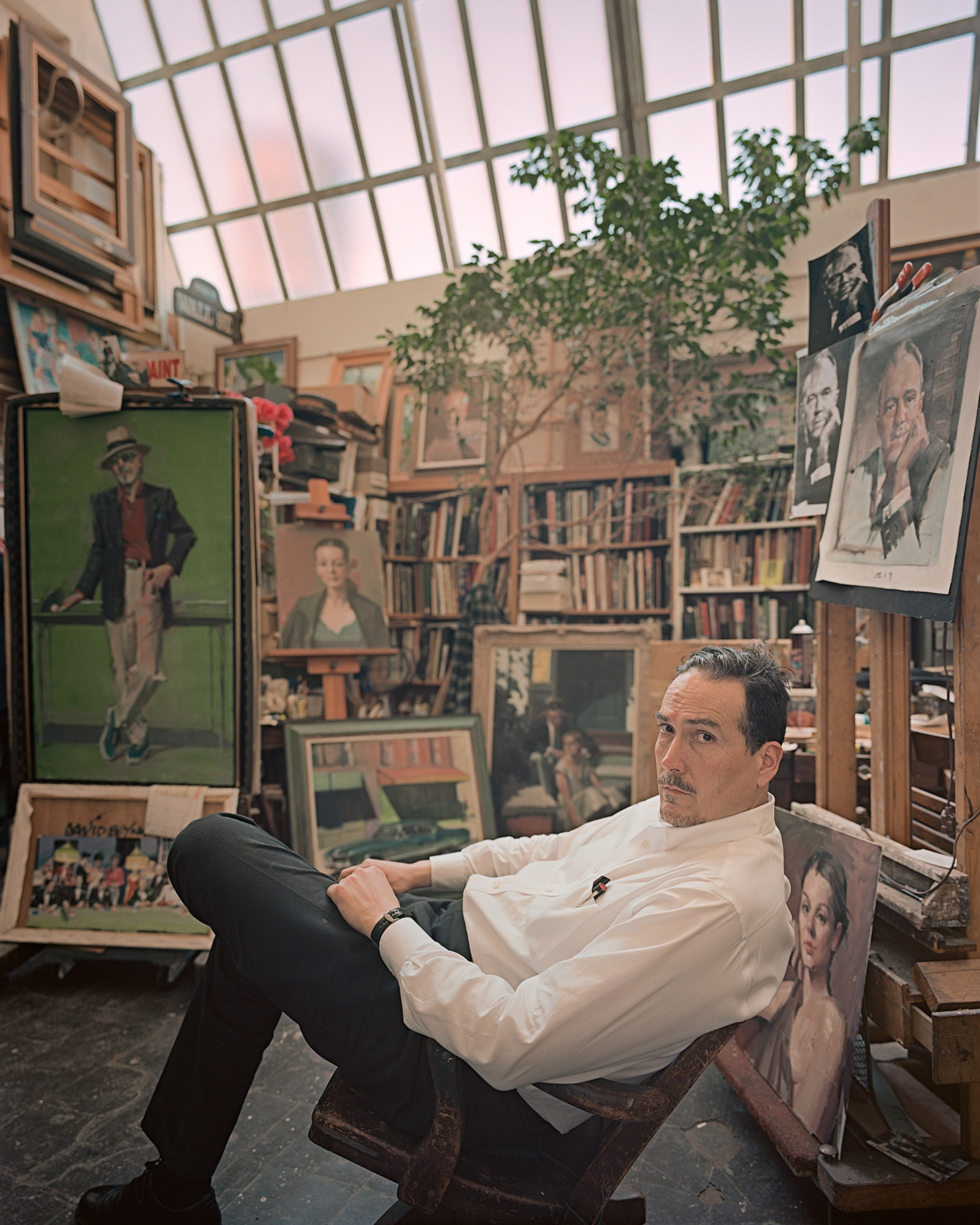 David Beynon Pena was born in New York, NY on December 21, 1958 and passes away on September 10, 2016. His estate of over 1000 oil paintings, watercolors and drawings are being handled by his wife of 25 years, Alison Pena. They include pastoral  landcapes, gritty cityscapes, flower paintings, illustrative nudes and portraits in all mediums.

David was a talented professional artist, painting portraits, live weddings and events, landscapes and cityscapes. He sold his first painting at the age of 11. He was committed to daily practice of his craft and always traveled with a sketchbook and pen or watercolor brushes to sketch subjects from life.

He attended the High School of Art and Design, The Pratt Institute, the Art Students League of New York and the National Academy of Design School of Fine Arts.

In 1975, observing Everett Raymond Kinstler do a portrait painting demonstration at the National Academy, David was inspired to follow in Kinstler’s footsteps and carve out a career painting portraits. He was deeply honored to be considered a close friend and protégé to Mr. Kinstler, Tonto to his Kemosabe.

David Beynon Pena created his first wedding painting in 1999 for a family wedding. Following the lead of his friend and colleague, Martin Hardy, David painted over 50 weddings, bar mitzvahs, bat mitzvahs and special events annually in the last few years.

David painted boldly and quickly, capturing the venue, likenesses and mood, creating memorable moments on canvas that people would have as a legacy for a lifetime. He answered questions as he worked and was highly entertaining. Then, he handed over the finished painting to the client by evening’s end.

A brilliant teacher, David had the ability to explain complex ideas in accessible ways. He taught at the Art Students League, the National Academy of Design, the Montclair Museum and the School of Visual Arts in Summit, NJ. He often did portrait and landscape demonstrations and juried shows for art associations in the tri-state area.

David served in leadership for several artists’ organizations, including as President of Audubon Artists Incorporated, 1999-2001, and on the Board of the Artists Fellowship Inc., 1999-2016.

David and his wife, Alison, spent many summers in Maine at Wooster Cove on North Haven and on Leadbetter’s Island, where he painted landscapes and seascapes alla prima. The attic would fill with paintings as he followed the light, indefatigably, and typically produced two or three paintings a day.

His second joy was tennis and he could play for hours and hours without pause. When a painting was proving to be difficult, he would occasionally say that he should have become a tennis pro instead.

Above all, David was a loving husband to Alison, devoted son to Joyce, and loyal uncle, nephew, godfather and friend. He was kind and generous, willing to lend a hand or give insightful advice to solve any problem, practical or otherwise. People gravitated to him because he cared and was curious and interested in their lives, their challenges and their triumphs.

David told terrible, long-winded jokes with enthusiasm. He was gregarious, flamboyant and a sharp dresser who prided himself on his hats.

He read art books voraciously and was a lifelong, dedicated student of his craft. When he passed away, David had almost finished an art instruction book, Painting Portraits with a Bold Brush, to be published posthumously.